This is a continuation of our Fujairah city tour, our first stop was at Al Hayl Fort & Square after that it was a long drive to Al Badiya Mosque.

There was a lot to see on our way to UAE’s oldest mosque-Fujairah’s round abouts, new palace of the emirates ruler, oil storage tanks and the coastline.

It was Friday afternoon and the place was packed with visitors. LittleMiss and I stayed on the grounds while the boys went inside. The mosque was full and some were praying, out of respect we didn’t take any photos inside. 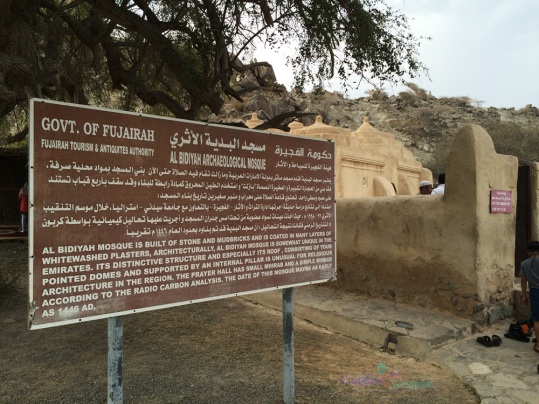 There is no exact date as to when the mosque was built, the government made some tests and estimated the structure was built around 1446 AD and was restored in March 2003. The mosque still conducts daily prayers. 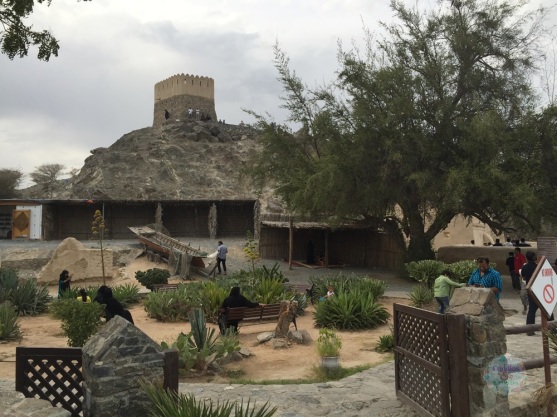 Stores selling souvenirs beside the mosque. I wish they added an area where visitors can read more information and see old pictures of the mosque. The steps leads visitors to two different forts on top the hills.

Kuya V with Mr. Binil (Novotel’s resident tour guide) went inside the small fort but it was crowded inside so he didn’t get a chance to climb up. 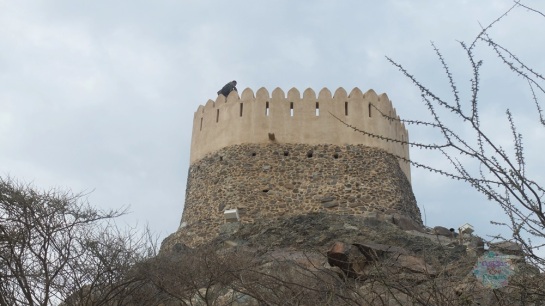 One man was rather courageous and attempted to stand at the fort’s edge. I can’t blame him, the view above was beautiful.

The LittleOnes as soon as we got in the car asked where’s the next stop, they have flyers of historical buildings found in Fujairah given to them by one of the hotel staff. We are proud parents as they did not once ask if we can visit the mall. I wish that this travel posts of ours will encourage you to travel with your children.

Next stop will be a fort that changes color between deep orange to light brown depending on the sun’s location.