After a few days in Los Angeles we took a road trip to Las Vegas to meet my Uncle B, Ceasar Palace is our home during this stay.. He’s the younger brother of my Papa and took on the role of being a father for me and my siblings since my Papa passed away. Spending time with him was the main reason why we decided to spend our summer in the USA, he’s planning to retire soon and want to show us what was life like there.

He is Lolo Dino to my children and he does a good grandpa job. Oh how he spoils them.

We initially planned to just spend 3 days in Vegas but he convinced us that the kids will have fun with all the theater shows so we extended our stay to five days. I think that he just really want to spend quality time with them where it’s only him showering them with attention.

He planned our itinerary, first stop was Madame Tussauds.

It was our first time. The figures look so real, it was scary! LittleMiss was so scared and kept asking why the people were not moving. Kuya on the other hand poke each figure and had fun acting even if he was not familiar to most of them.

It took a while for LittleMiss to accept the fact that the figures are toys just like her dolls at home. This is the first time that Lolo and LittleMiss met and it took her a while to be comfortable around him.  She saw her Lolo Dino play golf and asked if she can play too.

After the golf game, she now had fun role playing with the dolls.

It’s boring to just go inside and take photos with them, so we acted out scenes and had so much fun. 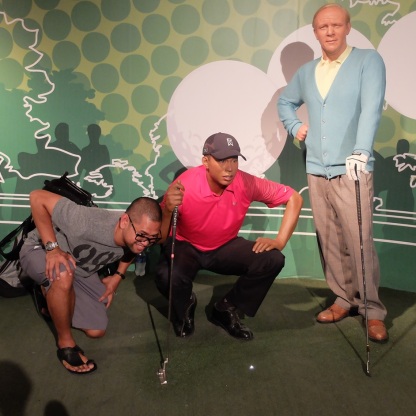 We were probably one of the active group in the place. The visitors saw us having so much fun playing that we noticed them doing the same. 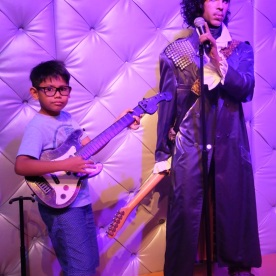 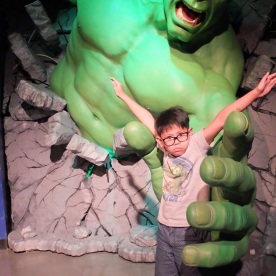 She started singing when she saw Katy Perry. 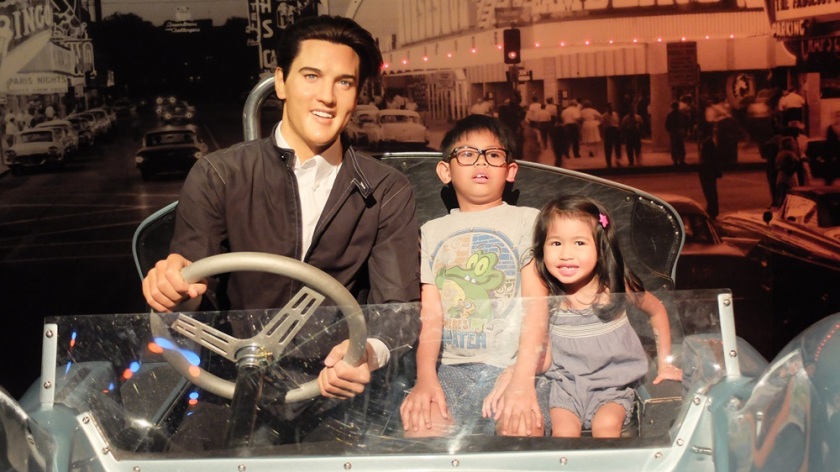